Trinity Children Centre houses around twenty children within an age range of four to sixteen. The kids are very energetic, releasing cheerful vibes all around them. More importantly, they are brimming with curiosity as to how and why this or that works.

Here’s a recap on what we did with them last Friday:

Upon completing their homework, the kids rushed to the computers to get started on their coding lesson. We had planned out a range of activities for them. We taught the kids on simple, interactive platforms such as Hour of Code, Made with Code and Lightbot. 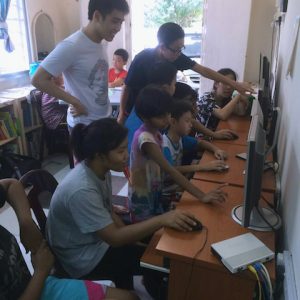 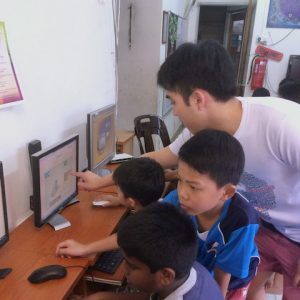 The Star Wars feature on the Hour of Code allows for users to gain a little insight on how characters such as BB-8 and R2D2 move about in a galaxy far, far away. The users can direct the droids to move around in order to collect scrap metal or to defeat Rebel Pilots.

On the other hand, Lightbot challenges users to use programming logic to solve puzzles. This platform uses basic coding concepts to teach the children. The users have to guide the Lightbot to light up the tiles, in order to advance to the next level.

Made with Code, by Google, featured Inside Out on their platform. Users can direct baby Riley around the toy blocks strewn across the floor or teenager Riley across the staircase railing. Each completed level is rewarded with a snippet of a scene they had just helped create, through coding. 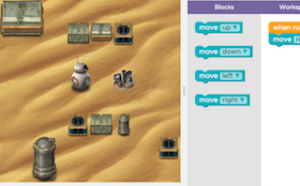 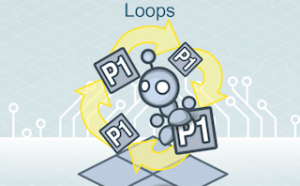 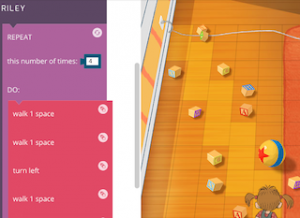 All the activities provided the kids with an opportunity in learning how to sequence instructions, write procedures and utilise loops in this activity. We gave the kids instructions and brief explanations about the platforms. To no surprise, they were so capable to complete each level, scouring their brains to figure out which direction to take. Each level is completed with a grin of satisfaction, followed by a look of concentration as they begin the next task.

Upon finishing up their lesson, the kids were allowed to play classic games downloaded on an emulator such as Sonic, Bomberman, Super Mario and more. I’m sure some of us older ones are feeling nostalgic just by hearing these familiar names but age is just a number, right?

Find out more about Trinity Children’s Centre at http://tcchome.org